The 356 is a lightweight and nimble-handling, rear-engine, rear-wheel drive, two-door available both in hardtop coupe and open configurations. Engineering innovations continued during the years of manufacture, contributing to its motorsports success and popularity. Production started in 1948 at Gm³nd, Austria, where approximately 50 cars were built. In 1950 the factory relocated to Zuffenhausen, Germany, and general production of the 356 continued until April 1965, well after the replacement model 911 made its autumn 1963 debut. Of the 76,000 originally produced, approximately half survive. 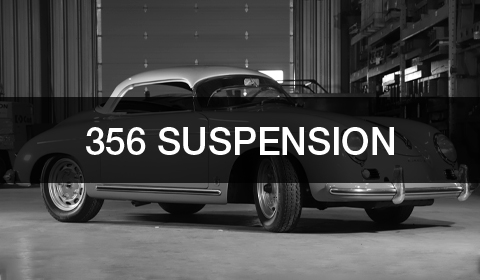 Please note: While all parts have been produced as originals, they may not fit your car 100%. Some cars may be as old as 55 years, and due to the variability of the build at the factory, rust or prior accident damage they may need some trimming and adjustment to fit.

Restoration Spotlight: Mike's 1957 356 Speedster comes out for a drive!

Restoration Spotlight: Making of the Porsche 356A Hood (Short Version)

Restoration Spotlight: Making of the Porsche 356A Hood

Restoration Design Inc. is not affiliated with or represent Porsche«